Fifty-five years on from Silent Spring the impacts on ecosystems and non-target beneficial organisms and human health from the widespread use of insecticides in agriculture is well documented. Insecticides directly reduce the populations of beneficial pollinating and pest killing invertebrates, such as bees and spiders, and indirectly affect soil and aquatic animal populations through runoff . Nevertheless, insecticides provide tangible benefits, i.e. greater food crop production. Accordingly, researchers investigating the ecological effects of insecticides need to weigh the costs of their use against these benefits.

Recent research on the effects of insecticides on spiders has however shown that even at sub-lethal doses they may suffer indirect negative effects. Among these effects includes impaired egg production, the inability to produce a complete eggsac or prey catching web, and a range of behavioural impairments and modifications, with consequences on growth, fecundity and, ultimately, survival.

The demonstrated effects of ‘sub-lethal’ doses on spider web building suggests that spiders might suffer neurological impairment upon exposure to even small doses of insecticides. It also suggests that silk production quality might also be impaired. Spiders rely on silks for a whole range of uses, from webs to safety lines to courtship to eggsac protection. The impairment of silk quality might also be considered a negative effect of exposure to sub-lethal doses.

To test this idea I collaborated with researchers Laboratorio Ecología del Comportamiento Instituto de Investigaciones Biologicas and Centro Universitario in Ururguay and the Institute for Frontier Materials (IFM), Deakin University. We exposed the orb web spider, Parawixia audax (pictured below), to a ‘sub-lethal’ dose of the insecticide Geonex (containing a combination of thiamethoxam and lambda-cyhalothrin) and collected their major ampullate silk, upon which we subjected it to tensile testing, amino acid composition analysis and wide-angle X-ray diffraction (WAXS) at Australian Synchrotron to determine the structures and orientations of the silks’ crystal forming proteins. We found that even at ‘sub-lethal’ doses the insecticides induced the silks to lose strength, extensibility and toughness. The changes detected in the amino acid compositions and crystalline structures of the silks explain the variations in tensile properties. We published these findings in the journal Chemosphere. 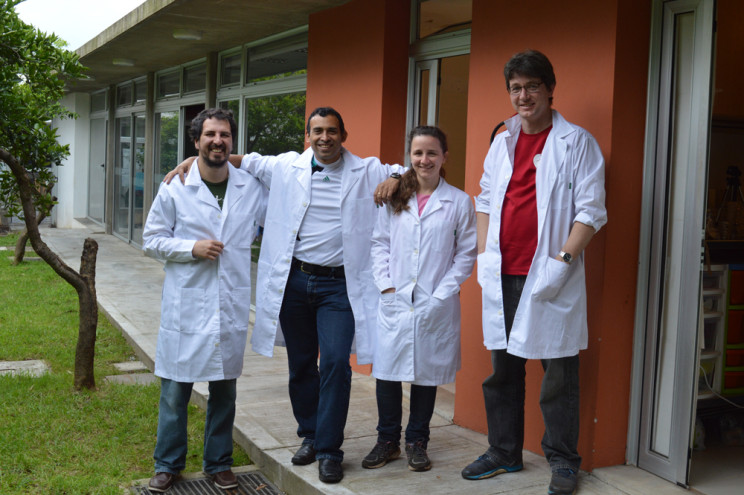 Our team at Centro Universitario in Rivera, Ururguay

We consider the most likely scenario to be that neurological impairment as a consequence of insecticide exposure induced changes to the silks protein composition and secondary structures via metabolism, which in turn has knock on effects on tensile mechanics. Moreover, web building was impaired in the insecticide exposed spiders. We accordingly expect that the insecticide exposure negatively affects spider’s ability to build webs and catch prey. While any further ecological effects remain to be tested, we expect that sub-lethal exposure to insecticides to detrimentally effects spider populations. Our study also suggests that silk production is sensitive to neurological input and this could be a reason its high variability between and among spider species. 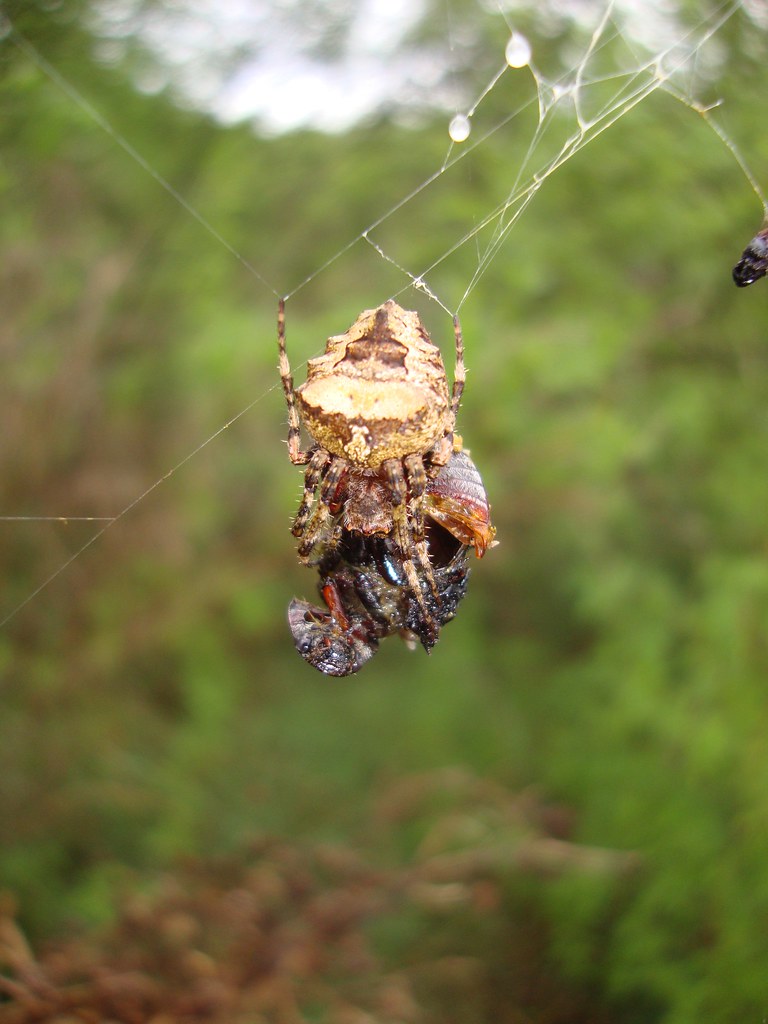 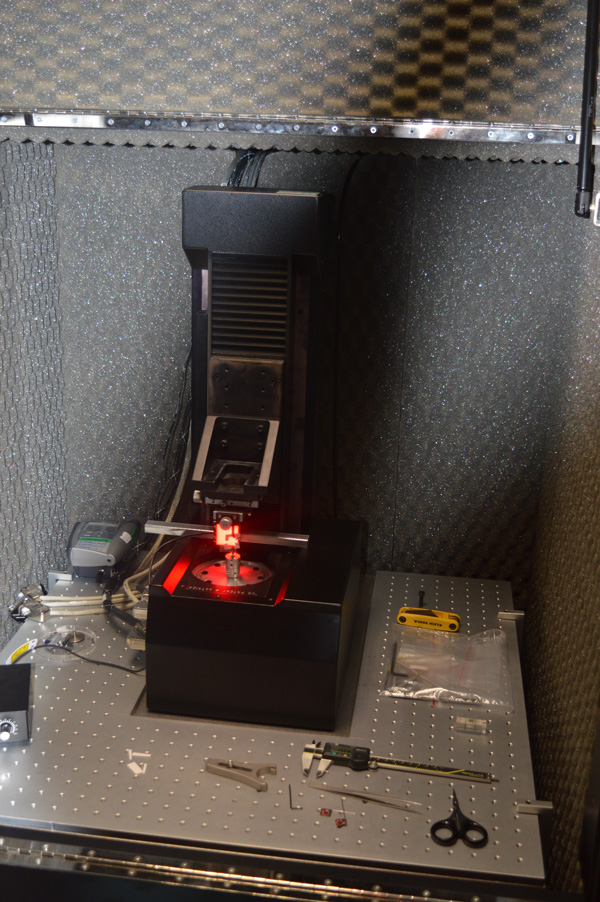 Tensile testing of the silks 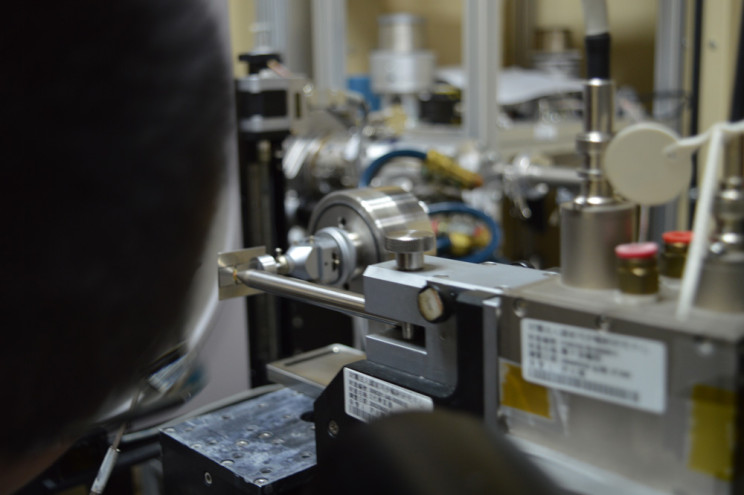 Set up for WAXS analysis